Microsoft SNDS (Smart Network Data Services) is a useful Microsoft tool for email marketers which allows you to improve your sender reputation at many email domains. It gives you access to data about individual IPs you are using as well as to the Microsoft Junk Mail Reporting Program, which lets you improve your deliverability to outlook.com, hotmail.com, msn.com and live.com.

The following view will be displayed: 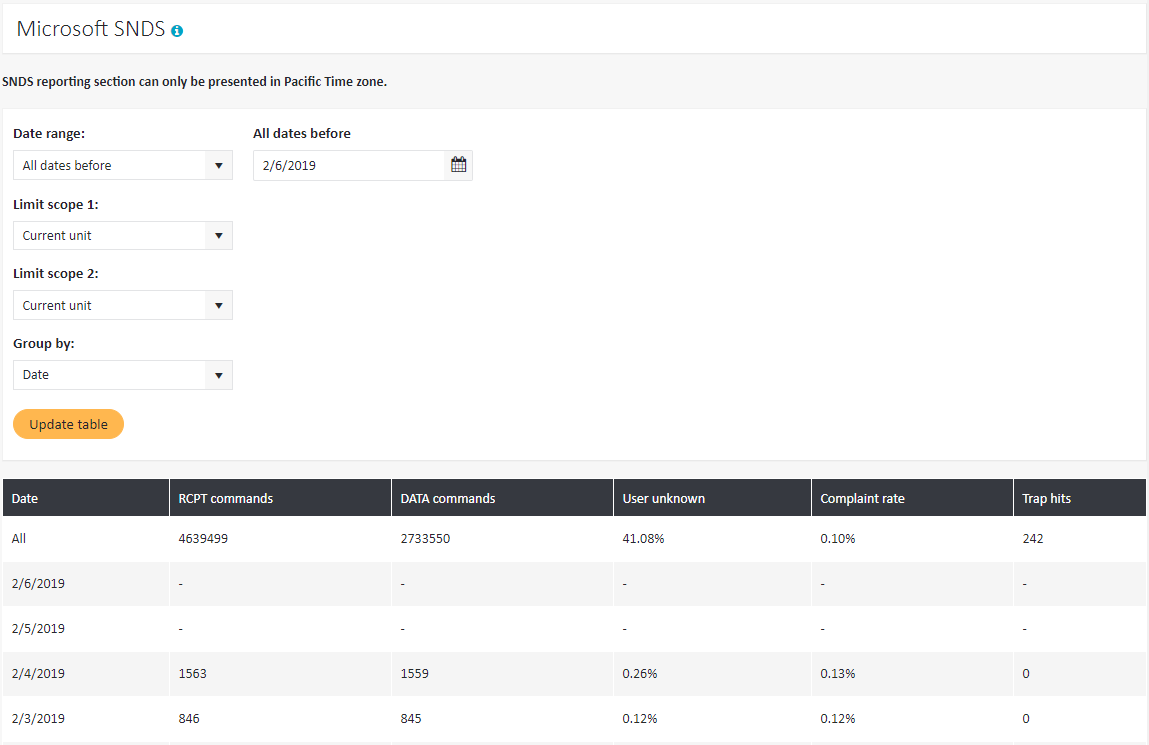