ExpertSender allows you to access detailed statistics on each single Web Push message you have sent from the platform.

A report on a specific Web Push message can be opened in two ways:

Afterwards, the following view will be displayed: 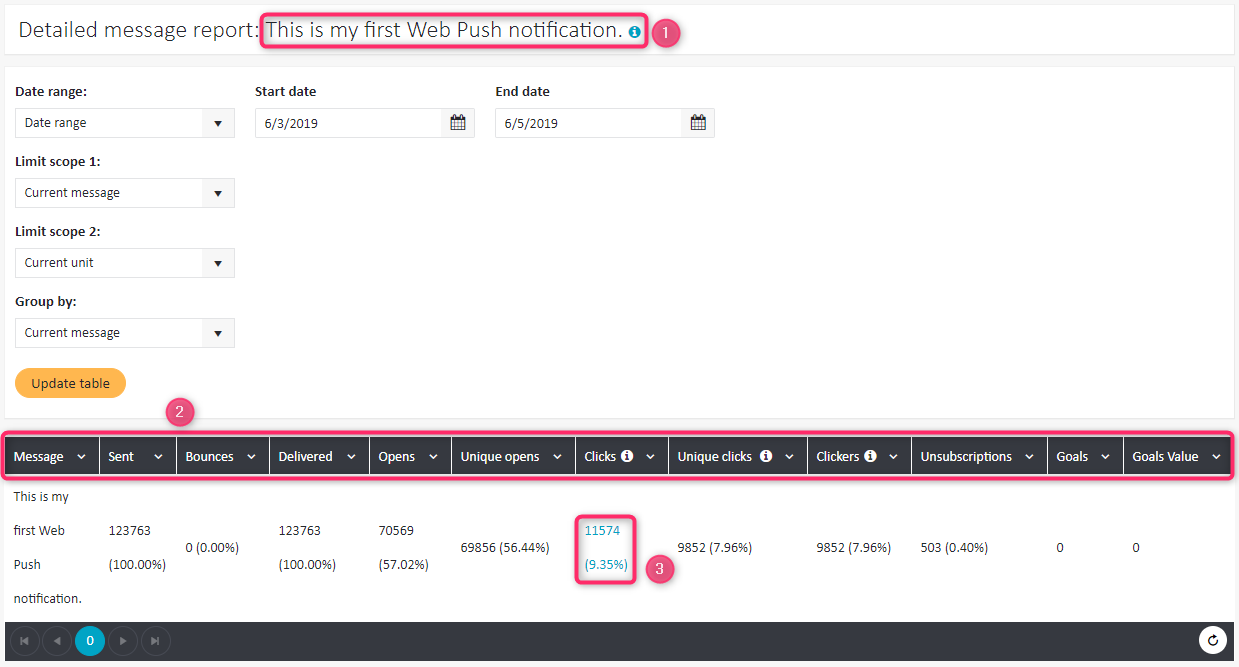 The header always contains the subject of the analyzed message (1). The report contains the following data (2):

If one subscriber opens the same notification three times, it will appear in the statistics as three opens and one unique open.

Note that, unlike in an Web Push summary report, you may click on the value under Clicks (see (3) above) to receive more detailed information on clicks in the message: