ExpertSender allows you to access detailed information and statistics about all Web Push notifications sent from your account.

Afterwards, the following view will be displayed: 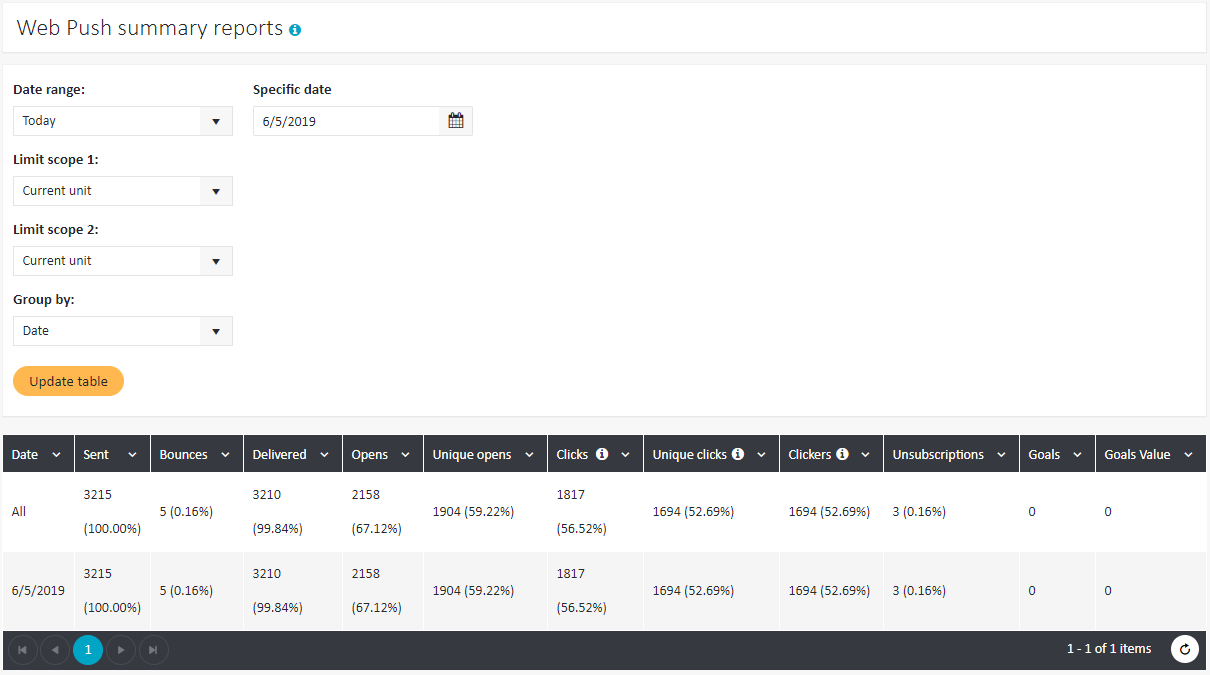 The report contains the following data:

If one subscriber opens the same notification three times, it will appear in the statistics as three opens and one unique open.